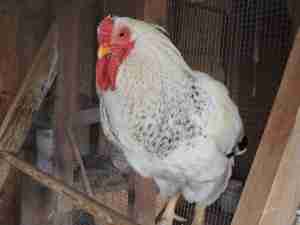 I don’t tolerate bullying. I don’t like it, and if I see it, I do my best to stop it.

My mornings usually begin in the chicken coop. I open the hatch first, and smile while I watch the avalanche of feathers as chickens come pouring out. From there, I head to the walk-in door, open and secure it, then grab the bucket of feed. First stop are the two indoor feeders, and I fill them up. My next stop is at the roost. Ms. Gray is always patiently waiting for me to serve her breakfast in bed. Usually, it only takes her a few bites before we hear a commotion behind us. Within seconds, Don Juan is flapping his way over to me, trying to get away from the two new bullies on the block. Quickly, and with a sigh from Ms. Gray from having her breakfast interrupted, I set the bucket on the ground, reach down and lift Don up to the roost. As I lift, the closest bully usually does a nose dive into my leg, not being able to stop quickly enough. It would be a Looney Tunes cartoon, if it wasn’t so sad.

This has become such a routine that I anticipate actions and reactions without even thinking about it. But this morning, I became a bit exasperated with the whole bullying thing. Don didn’t just run to me this time. He flew straight into my arms. Okay. I get it. It’s all about the pecking order thing, and it is natural. You would think that it would finally calm down a bit, as is normal, but this has been going on for a couple of months now. It just doesn’t stop. And then it hit me. Not all bullying is natural.

I am not talking about chickens in a coop, or kids on a playground. I am referring to our own personal bullies that we deal with every day. It’s the ones that have no solid form, but are all the more brutal because they do lack a physical body. At least those I can walk away from. These have no body, but stick closer than a shadow. These are the ones that have no sound, but you can still hear them whisper ‘obscenities’ in your ear: “You can’t do that.” “What a failure!” “You aren’t worth it.” “Give it up, already. You just aren’t good enough!” “Just how ugly/fat/stupid/hideous can you be?”

For fourteen years now, I have had a mental image of how my farm should look and operate. I have visions of weedless gardens, pristine home and outbuildings, velvety green pastures, and animals that are in such great health that people line up for miles just to purchase them. Yes – I do know that is extremely unrealistic, but there are parts and pieces of that dream that I know I can do. It will just take a lot of hard work, ingenuity, frugalness, and more hard work. Oh. And money. Lots and lots of money. But Heaven forbid the idiot that looks around and laughs at my dream, telling me it can’t be done.

I am a realistic person, and I know my dream farm will never materialize. But that doesn’t stop me from getting up every morning, putting forth a lot of effort, and doing my best. I also have learned what will work, what really won’t, and what just needs a bit of tweaking and adjustment. There are, however, a few times when I am so exhausted from what is looking more and more like a futile effort, that those mental and emotional bullies start crowding around. And some days, they get so big and life-like, that I feel like I need to go bake cupcakes, blow up balloons and have a full out pity party. And then I remember…

I don’t bake cupcakes. Cakes are just not one of my strong suits, unless I can bake them in a Bundt pan and drizzle frosting on top. I don’t even really like cake. Give me a pie. Give me cookies, cobbler or a Strudel, but I’ll pass on the cake. So, if that’s the case, why am I entertaining a full-blown party? Why am I even thinking of entertaining something that just doesn’t deserve the extra effort of keeping them around, much less baking them cupcakes?

So I stand up on my feet again. I dry my tears. And I run to the One that always lifts me up to a higher roost, and then hand-feeds me the nourishment I need to get through the rest of the day. I then either get back at it, until I succeed, or I regroup, readjust, tweak, or just pick up the mess and the tools and try something else. But never – NEVER – do I allow those bullies to win. Regardless of what they think, I can do this. My farm may never be picture perfect, but to me it is beautiful. I may not be able to do that one thing, but there are hundreds of others I have successfully done, and thousands of other things that can be accomplished. This farm will never be a failure – and neither will I.

And neither is Don Juan. If you stop and think about it, he’s a pretty smart rooster. He may be an old guy, but he can still run faster than the bullies, and he knows right where to go to get help. Hmmm… maybe I will bake cupcakes. But Don Juan and Ms. Gray will be getting the party. Not the bullies.

*NOTE:  I may not do cupcakes, but one simple cake I can make is also one of The Country Boy’s favorites.  His Mom gave me the recipe, and it is ooey, gooey, delicious!  Head on over to the Kitchen for the recipe.

2 thoughts on “The Bullies” 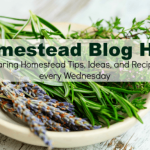