Learn the Simple Art of Bartering and Save!

The art of bartering is as important to us as any other craft. In general, we tend to be frugal people. Before we allow our money to leave our hands, we think long and hard about the need of the item we want to purchase, as well as the value to us.

Let’s face it, we have to work hard for our money, and we want to make it last as long as possible. To do that, we often use the old fashioned bartering system. We get what we need, swap something we don’t (thereby giving us more room) and we save the cash we have for something else. If you aren’t familiar with it, here are a few tips on learning the art of bartering.

The First Step in the Art of Bartering

Last weekend, we ran into our friend Cindy in the grocery store. In the course of conversation, she asked if we needed any roosters. As a matter of fact, I did. The last one we have is a geriatric old soul, and is no longer good for breeding. Considering we want to raise our own chicks (to save us the money it costs to order them), I have to have at least one viable rooster. Cindy promised to call us and let us know a good time to go look.

When she called on Monday, (the day of the fun Country Directions), part of the phone conversation involved hunting. I asked her if she had ever eaten home canned deer or pork, and she said ‘no’. That answer was the perfect opening for the art of bartering. I asked her if she would be willing to trade a jar of pork and a jar of deer for the two roosters. She agreed, and a bartering session was done.

Butter & Eggs and the Art of Bartering

I am sure you have often heard the term, “butter and egg money”. This is probably one of the most familiar practices in the art of bartering. It is based on the time when general stores couldn’t get fresh produce, dairy items and meats shipped in on a daily basis. Most proprietor’s relied on the neighboring farmers to supply those items. In the process, they either paid the farmer a set sum, (and then added a little to the top in order to sell at a profit), they deducted the amount from the farmer’s tab, or swapped something of equal value.

The art of bartering is almost lost. With the onset of ready cash, debit and credit ards, most stores don’t offer to barter any longer. With the shipping industry, a grocery store manager can order eggs today to be delivered either the same afternoon or the next morning. And with the federal laws, rules and regulations, they couldn’t buy fresh farm eggs or raw milk (or the products made from it) even if they wanted to.

Revival of the Lost Art of Bartering

With frugal people, the bartering system is being revived. I have used it many times. Our neighbor is constantly coming home with something for which he has traded something else. Now, HE is a master in the art of bartering, and from what we can tell, he always comes out ahead of the game. Some items he has bartered for he ended up selling for cash.

In order to learn the art of bartering, you need to keep in mind some basic rules. The first is to determine what you want, and what a fair market value would be. In the case of the roosters, each one I bartered for would probably sell for about $15 each, if not more. I sell my quart canned goods for $10 each, and my ½ pints for $4.00. I swapped Cindy two quarts of canned meat and two ½ pints of jelly. My end of it totaled $28.00. Hers was $30.

Yes, I came out a little ahead as far as fair market value, but there is also another consideration. Cindy had too many roosters, and had to cull. If no one wanted them, she was looking at having to, uh, shall we say, ‘dispense with them another way’. She, like me, doesn’t really have the heart to do that, and I was able to provide her with a way around that option. So in the end, it evened out.

A second consideration is who you are bartering with. It is advisable to keep your bartering within a circle of people you know well. To barter with strangers is asking for potential problems. Even though they initially agree with the value of each item, there is a chance they may think differently down the road.

Give your items an honest assessment as to value. Even if I found someone crazy enough to trade me a good quality used tractor for a few dozen eggs and a jar of jelly or two, I know it isn’t a fair trade. We were able to drop the sales price of baling equipment when we traded off an old Jeep CJ5, but I never would have offered eggs as a trade.

Another thing to keep in mind is to not offer for trade something you don’t already have. I won’t offer one dozen eggs a week for a year, when I know good and well my girls don’t lay very well in the heat of the summer and the cold of the winter. There is too much of a chance I couldn’t honor that deal.

When trading an item for services, calculate the value of the item vs the cost of the service. I would have no qualms about trading vegetables for an hour or two worth of babysitting. The going rate of housekeeping services is approximately $50 per hour. Depending on the size of the house, the total cost could start at $100 and go up from there. I know it would take lot of eggs and veggies to make that swap, so I would have to consider something else.

So, was my bartering session with Cindy worth the driving in circles? Yep. I now know that I have two healthy roosters that will assist me in raising my own chicks. With that in mind, I know I would have made that loop several times before it became less than worth my while.

Is the art of bartering the right thing for you? Try it on a small scale first, and see how you like it. If you do, you may want to do some more research on it – and there is plenty of information about it on the ‘Net.

And if you still aren’t sure but have some fabric, yarn or canning jars you want to get rid of, let me know. I still have some jams, jellies and delicious homemade applesauce I’m willing to barter with!

Living from Scratch – Breading Fresh Ideas into a Simple Life

Grandma Essie’s Perspective on Living a Life From Scratch

10 Fun and Easy Ideas to Decorate on a Budget

Best Kitchen Tools for the Job

Get Ready! – How to Plan Ahead for Christmas in August

A Handmade Home – Give them the Gift of your Heart 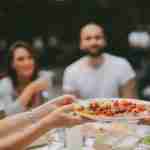 How to Host a Progressive Dinner – Bon Appetit! 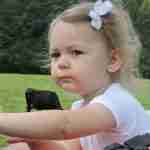 A Child’s Eye View of a Simple Life – Beautiful! 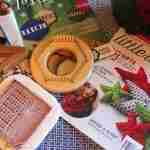 28 Handcrafts to Make for Christmas- Get Creative Now! 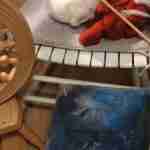 5 Benefits for Easily Engaging in a Handmade Life