Life Lessons from the Heart 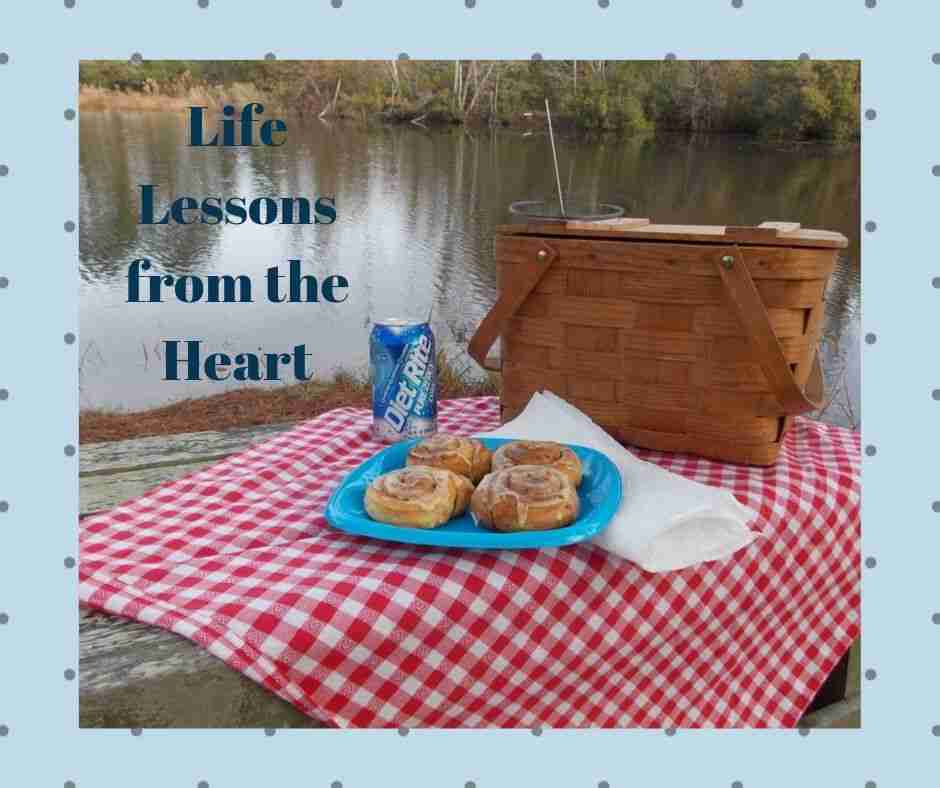 No matter who you are, there are some lessons in life you learn from other people.  You learn them, absorb them, and live them, whether they are spoken or demonstrated. Most of my lessons came from family – primarily my three aunts, Dot, Emily and Evelyn.

I knew I was loved.  However, mine was not a touchy-feely bunch. Instead, we were shown love by example. Rather than plain old Life Lessons, I  think of them as Life Lessons From the Heart, as this was the way we were taught how to live and how to love. Here are a few of the lessons I learned:

As children, Dot and Emily would take us on vacations, either camping or occasionally to Dauphin Island, Alabama. On longer trips, we knew there was a magic picnic basket and ice chest sitting in the back of the VW Camper. It contained just about everything you could imagine for sandwiches.  Emily always opted for the Pimiento Cheese, while I would dive for the Peanut Butter and Raisin (a concoction that Dot made. It might not sound appetizing, but it was an absolute delicacy to us kids).

For dessert, there might be a packet of store-bought cookies, but what we were really searching for was the Peanut Rolls. Somehow, the idea of stopping at a fast-food restaurant just didn’t appeal to any of us. Instead, we stayed in a constant state of anticipation for meals.

As an adult, I realize now that stopping at McDonald’s and feeding six to ten kids and two adults would have been cost prohibitive. By using the thrifty nature of picnics, they could afford to take us more places. But what they were really doing was teaching us how to be thrifty, how to love the simple things, and how to love life and family. Of course, the Life Lesson my cousin Steve learned was how to love the idea of one day owning one of those pop-up Volkswagen vans. 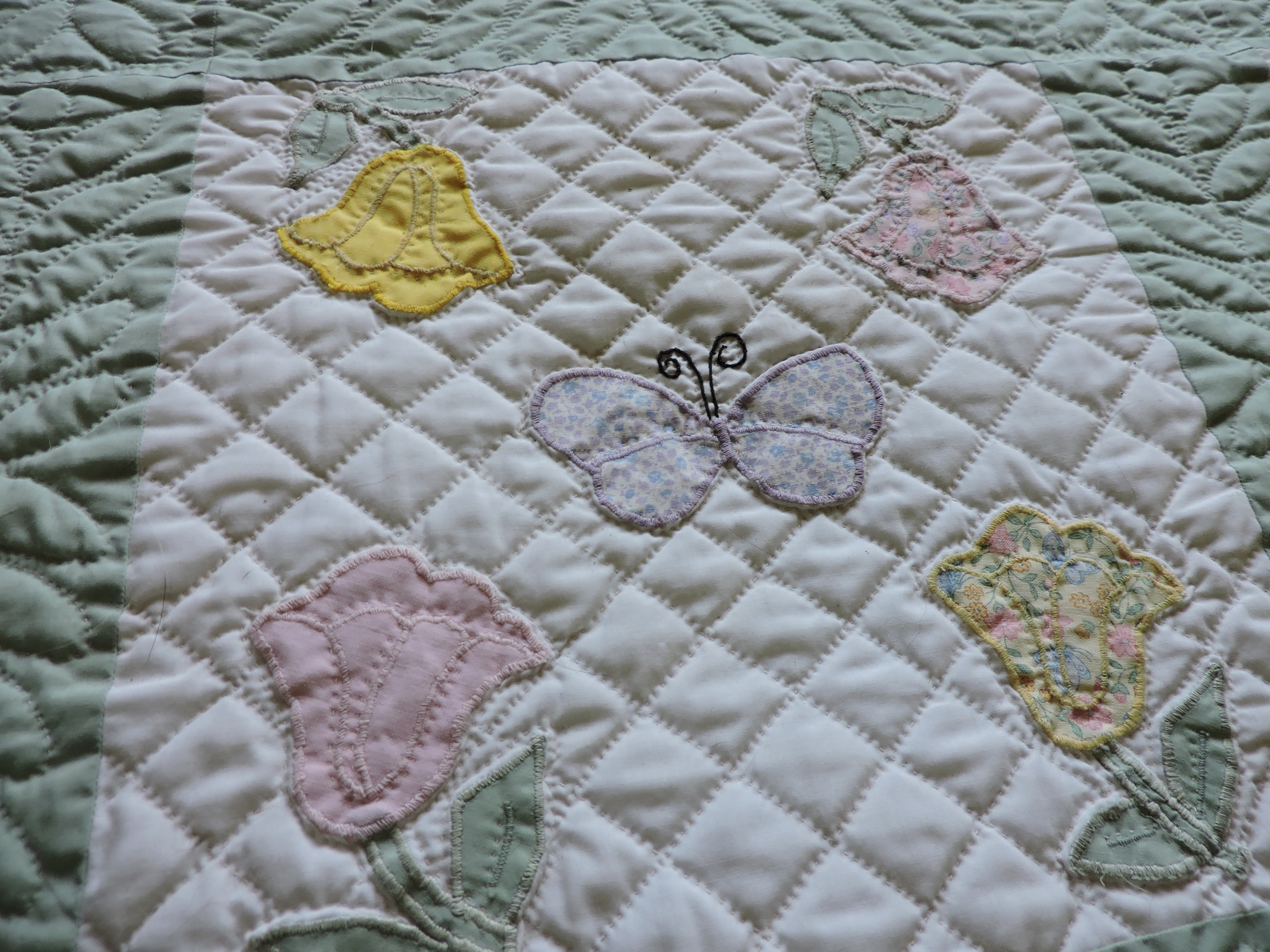 I am not sure I ever saw a time when Dot, Emily and Evelyn weren’t working on something. Dot and Emily were secretaries, and Evelyn was a hair dresser. At home, they were always either cleaning, cooking or doing laundry, and in the down time, Dot would embroidery or cross-stitch, Emily would quilt or sew, and Evelyn had a crochet hook flying. If we were there to visit, Dot and Emily were helping us work on our own project, or we would climb up on a stool and ‘help’ Dot make divinity roses for a cake she was decorating.

At Evelyn’s we were running wild through their back acreage and building playhouses among the trees, or she was teaching me how to cook or crochet. To this day, most of my projects have been completed in five to thirty minute segments, as I will work on them before bedtime, or while laundry is going through its cycles.

Never in my wildest imagination would I view these women wealthy. However, they were the richest women I knew. Dot and Emily were the consummate volunteers. They taught swimming lessons, Life Saving and Water Safety Instruction for the Red Cross and the YWCA. Both acted as lifeguards for the Monday night swimming at the Y.  Once we were old enough, we signed up for Life Saving and WSI. Ah, I can still remember the strain of pulling up a (literally) 300 pound male volunteer from the drain at the 12-foot bottom of that pool.

I also remember helping them teach the Nuns at Holy Angels how to swim and then Life Saving, so the Nuns didn’t have to depend on volunteers when it was time for the children to swim. I also remember many trips with them to take clothes to Odessa, a woman who worked at the Y. They took food to the needy. They gave money to organizations. And I cannot even begin to count all the covered coat-hangers Emily made to send to the children at Morrilton, Arkansas Children’s Home, along with other much needed items.

Evelyn was a bit quieter about it,  but she did for others as well. She was a ‘quiet’ volunteer.  No one really knows all she did, but I am a sworn-to-secrecy witness to several things, which leads me to believe there are many things I will never know. One thing I can tell you: Evelyn gave a lot of time to me. She was always there to teach me, always there to listen. And sometimes, that is all we really need – an attentive ear.

None of them had an abundance of money.  What they did have, they carefully managed. I remember going home with Evelyn on Friday afternoons for the weekend. We would stop at the grocery store, and I would watch as she carefully selected her groceries according to the sales. She would sometimes whisper to herself a running total of what she was spending. When she reached a certain figure, she would head to the checkout.

Dot and Emily turned the hot water heater off in the house to save electricity. They turned it on prior to washing clothes, dishes or bath time, and turned it off once they finished. It was the same with lights, water and the heating/cooling system. Dot’s had a theory. The more you saved, the more you could spend on fun.  She saved her dimes to add to her fun money.  I often wonder, though, if they saved their money to spend on trips with their nieces and nephews.

These three definitely had it. They attended church three times a week – Sunday morning, Sunday evening and Wednesday nights. Dot and Emily taught Sunday School, and gave candy out at the end of class. Evelyn attended a smaller country church. I looked forward to that part of spending the weekend with her. All three had Bibles which were worn to a frazzle from frequent reading. Emily could quote you chapter and verse. Dot and Evelyn quietly lived what was between the bindings.

Just because life is hard, doesn’t mean you can’t have fun.  As a child, I was oblivious to the hardship these three women experienced. Later I heard stories, and witnessed a few. Still, I only saw them as content. I suspect there were some ‘thorns in the sides’ they would love to have changed, but they knew that some things only God could alter, and let it go at that. They soldiered through them, kept their heads up and their spirits in constant prayer.

Three women. Three different outlooks on life. Same God. Same world. Somehow, they made it all work, and took the time to teach me many Life Lessons. I hope that I have learned enough of those lessons to take a little of each of them and adhere them to my daily life.  Have a picnic, even if it is just a sweet roll.  Volunteer.  Learn to be frugal. And most important, have faith.  Faith will take you farther than anything else.

In the spirit of #3, I am ‘volunteering’ the recipe for Peanut Rolls, which you will find if you visit me over in the Kitchen. They may take a little more time than some things to make, but they are well worth the effort. My cousin Rose, reminded me of this, when she came out with a pan full of them.

Ah, Rose. Thank you for the memories…. 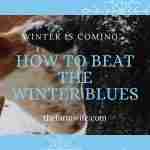 How to Beat the Winter Blues – 5 Busy Hands Projects 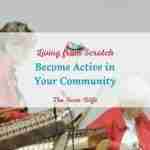 How to Get Involved: 6 Ways To Be Active in Your Community 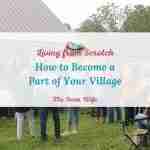 How to Successfully Become a Part of Your Village 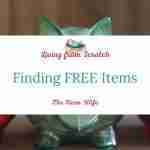