Banana Pudding – 1 Sad Day in the Lost Art of Cooking

By: The Farm Wife
In: Homemaking, Kitchen, Recipes
Tagged: banana pudding
With: 1 Comment

When we think of holiday meals, we think pies and cakes. Rarely do we think ‘Banana Pudding’. Pies are the most traditional, especially pumpkin. And who could go wrong with a slice of chocolate cake? But Banana Pudding is one of those comfort food desserts that can hold its own any time of the year.

Let’s talk Banana Pudding.  Sounds delicious, right? My question to you is, which version are you referring to?  The quick and easy type made with a pudding, cookies, and some bananas? If it is, then I think it’s time we sat down for a visit.

We Have Lost Time

All too often we ‘don’t have time’ to do things the way Grandma or Aunt Dot did.  So, we start making ‘tweaks’, adjustments, and find products that will cut our time in half, but still give us a finished product we are okay with.

Just okay?  Since when was ‘just okay’ good enough? A quick and easy Banana Pudding may taste alright, but if you ever placed that version next to a real Banana Pudding that was made from scratch, you might just figure out that ‘just okay’ won’t cut it any longer.

Banana Pudding is Just the Tip of the Iceberg

The art of cooking from scratch is quickly being pushed behind all the packaged and frozen meals, the quick and easy substitutes and the improvisations. It is now covered in dust at the very back of the grocery shelves, or getting freezer burned at the bottom of the cooler.

In the process, we have not only lost the recipes, but also the skills we need to do it right. Skills like taste, touch, aroma, texture and consistency that can only be honed when you cook from scratch most of the time.

The amazing thing is, we have lived with these shortcuts for so long, we don’t even know or remember that Banana Pudding and other delicious meals were once baked.  Did you know that the pudding in a traditional Banana Pudding didn’t come from a box, but instead is made with flour, eggs, sugar, vanilla and more?

It does.  About the only ‘short cut’ that a traditional Banana Pudding uses is a box of Vanilla Wafers.  And to be honest, if you want to be a purist, you can also make those from scratch.

In addition to losing the art of knowing how to cook, we have also lost the fun of swapping recipes.  I can remember many times when my Mom would sit at the kitchen table, drinking coffee with a friend and discussing various recipes.

These recipes were either handed down for generations, or found in the latest magazines.  Many times, Mom would test one out according to the directions, but the next time she would tweak it a bit to suit the tastes of her family.

Once she got it like she wanted it, she would write it down and file it for regular use.  My only problem with that?  Most of those recipes were main entrees and vegetables.  There were nowhere near enough desserts. I always believed we needed way more Banana Pudding and sweets recipes!

Pick Your Meal and Try It Out

There are so many things I see in the grocery store freezer section that look good.  I do confess that several months ago I found a frozen Cajun Chicken Pasta in a bag.  It was from one of our favorite brands, and I knew I was seriously short of time that week, so I splurged.

It was very good, and that fact alone surprised me.  I guess I got cocky, and while grocery shopping the other day, my mind was focused on quick and easy, as I had another brutal week ahead.  So I bought a Chicken Ranch meal in a bag.  That last one was good, so maybe this one would be, too – even if it wasn’t the same brand.

It was SO bad, not only will I not mention the brand here, but I think even my chickens scratched past it.  There was no flavor, the pasta was similiar to hard rubber in both taste and textrue, and the vegetables were mushy with no flavor whatsoever.

Once again, I learned my ‘Banana Pudding’ lesson.  I will be spending time in the kitchen experimenting, because I feel sure I can duplicate that same pasta meal at home.  And if I can, I will be making double and triple batches of it so I can have some in the freezer.

Learn your Own Banana Pudding Lesson

Instead of taking the quick and easy way out, practice the old lost skills of cooking from scratch.  Keep in mind that there are going to be days (and sometimes, even weeks) you will find yourself in a time crunch.  Knowing how to cook from scratch can resolve several issues at once.

The first is having delicious, nutritious meals to serve your family.  The second is to save time later by making several batches, serving one for dinner and freezing the rest for those time-crunched days.

The Proof is in the (Banana) Pudding

Daddy always had this saying: “Julie Belle, the proof is in the pudding.” What he meant by that is you can do anything you want, but doing it right will only be recognized once it is finished.  Need proof that cooking from scratch is the way to go?

I challenge you to grab Grandma’s recipe box and start cooking.  If you don’t have that, then there are two things you need to do:

1.   Ask your family and friends for their best recipes, or grab a great cookbook

2.   Get started on your own Family Cookbook to preserve those recipes that may end up lost

3.   To me, there is just nothing better than finishing up a meal with a delicious sweet treat.  And what better dessert can you get than Banana Pudding?

It’s time to ‘proof’ your pudding.  Prove to yourself you can learn the lost art of cooking from scratch.  If you don’t have the recipe, then create your own.  Before you know it, your recipe box will be overflowing with delicious recipes ready to prepare and swap!

Need a delicious Banana Pudding recipe? Then visit me in my ‘Recipe Box‘ and start cooking!

I can help with that.  The Farm Wife Cookbook is full of tried and true, traditional southern recipes that have been handed down in my family for generations.  You can find Liquid Refreshment, Appetizers, Main Dishes, Vegetables, Desserts, and even a ‘Miscellaneous’ selection of delicious recipes.

Not sure about that?  Then let me tempt your taste buds.  You can get 9 recipes for free as a ‘taste test’! Just click HERE to find out more about the free recipes and the Cookbook!

And if you sign up to receive my weekly newsletter, you can get access to the Subscribers Only Resource page, which has even more recipes, as well as other fun freebies!

For more fun posts related to the Lost Art of Cooking, check out:

A Pathway to the Heart – A Family Cookbook

How to Create an Easy Meal Plan

How to Have Fun at a ‘Swap Meet’ 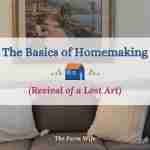 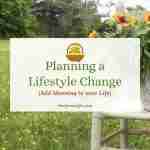 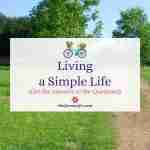 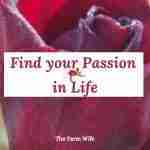